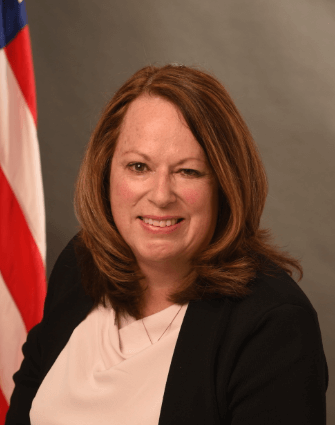 Diane Foley M.D., FAAP, was appointed Deputy Assistant Secretary for Population Affairs at the U.S. Department of Health and Human Services (HHS) on May 29, 2018. Dr. Foley became Director of the Office of Adolescent Health on June 10, 2019. Dr. Foley was appointed acting Principal Deputy Assistant Secretary for Health on September 1, 2020. She has spent her professional career in the clinical practice of pediatrics with a focus on adolescent health. Originally from Indiana, Dr. Foley founded and served as medical director of Northpoint Pediatrics shortly after completing a residency in pediatrics. She spent the next seventeen years establishing what is still one of the largest pediatric practices in central Indiana. During this same period, she also served as a pediatric clinical instructor for pediatric and family practice residency programs at the Indiana University School of Medicine. Dr. Foley’s areas of special interest are adolescent gynecology, prevention and treatment of sexually transmitted diseases, healthy family formation, and global health, all of which she continued to focus on after her move to Colorado in 2004.

Most recently, she was in part-time clinical practice at a certified Centers for Medicare & Medicaid Services Critical Access Hospital in Lamar, Colorado. At the same time, Dr. Foley served as Director of Medical Ministries for Global Partners of the Wesleyan Church, where her responsibilities included oversight of mission hospitals in Sierra Leone, Zambia, and Haiti. Earlier in her career, Dr. Foley served as President/CEO of Life Network, a non-profit organization in Colorado Springs, CO, that provided physical, financial, and emotional support for women and men facing unintended pregnancies, mentoring for young parents, as well as sexual risk avoidance (SRA) education presented in local middle and high schools. Prior to assuming this responsibility, she directed Life Network’s SRA education program for eight years where she was responsible for grant management, curriculum and program development, as well as instructor training.

Dr. Foley is a graduate of Marion College (now Indiana Wesleyan University) and of the Indiana University School of Medicine. She is a Diplomat of the American Board of Pediatrics and has served on numerous other national boards and committees. Dr. Foley is fluent in Haitian Creole, having spent her formative years in Haiti.